“Alcohol impairment is a substantial problem for motorcyclists, even more than for drivers of other motor vehicles. In 2013, 27% of motorcycle riders involved in fatal crashes had blood alcohol concentration or BAC of .08 or higher, which is higher than passenger car drivers (23%) and light-truck drivers (21%) (National Highway Traffic Safety Administration or NHTSA, 2015). Even higher proportions of fatally injured 35- to 49-year-old riders had BACs of .08 or higher (33% for riders 35 to 39, 40% for riders 40 to 44, 40% for riders 45 to 49; NHTSA, 2015). An additional 7% of motorcycle riders in fatal crashes had at least some measurable level of alcohol in their blood (BAC .01 to .07 g/dL). Fatally injured motorcycle riders with BAC levels .08 g/dL or higher were less likely to wear helmets than were sober riders (NHTSA, 2015). Furthermore, in 2013 40% of riders killed in single-vehicle crashes had BACs of .08 or above, and on weekend nights this figure climbed to 63% (Fatality Analysis Reporting System or FARS data). The 2007 National Roadside Survey similarly found that 5.6% of motorcycle riders on weekend nights had BACs of .08 or above, as compared to 2.3% of passenger vehicle drivers (Lacey et al., 2009a).”

2022 – “Alcohol, Other Drug, and Multiple Drug Use Among Drivers”

This safety research report by the National Transportation Safety Board (NTSB) examines the crash risk associated with different drugs, including alcohol, and the prevalence of their use among drivers; it also discusses countermeasures to reduce impairment-related crashes. The NTSB identified five (5) safety issue made new recommendations to the National Highway Traffic Safety Administration; the US Food and Drug Administration; and the 50 states, the District of Columbia, and the Commonwealth of Puerto Rico.

The objective of this study was provide an overview of the demographic characteristics of adult motorcycle riders with alcohol-related hospitalizations. The study was conducted at Kaohsiung Chang Gung Memorial Hospital, a 2400-bed facility and level I regional trauma center that provides care to trauma patients primarily from the southern region of Taiwan. Motorcycle riders who consumed alcohol presented different characteristics and bodily injury patterns relative to sober patients, suggesting the importance of helmet use to decrease head injuries in alcohol-intoxicated riders. 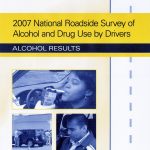 2009 – “2007 National Roadside Survey of Alcohol and Drug Use by Drivers: Alcohol Results”

The survey found that 5.6% of motorcycle riders on weekend nights had BACs of .08 or above, as compared to 2.3% of passenger vehicle drivers.

This study demonstrates some changes in riding behavior in response to alcohol consumption that may be construed as impairment relative to standard performance and the self-assessment of riders. Most of the impairing effects on riding performance were evident at the per se alcohol limit of BAC .08. However, some of these same impairing effects were also evident in the lower BAC .05 condition. 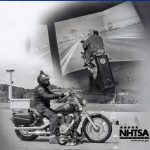 The National Highway Traffic Safety Administration sponsored a project (DOT HS 810 762) to investigate alternative methodological approaches for determining: (1) the relative risk of alcohol impaired motorcycle riders being involved in a crash and, (2) rider impairment at different BAC levels. The results of this project are reported in two volumes. This is Volume II, the literature review which discusses past research on impaired motorcycle operation, past research methodologies used to understand alcohol’s effects on human performance, and methodologies used to measure exposure in populations-at-risk. An appendix contains detailed descriptions of documents referenced in the report.

2007 – “Crash Risk and Alcohol Impairment Vol. I: Synthesis Report on Alternative Approaches with Priorities for Research”

This report (DOT HS 810 761) summarizes the project findings; including a detailed account of information discussed at an expert panel workshop convened for this project (experts were provided the literature review).  Among the topics discussed at the workshop were the advantages, disadvantages, scientific validity, and costs related to each alternative methodology.

This report examined trends and rates of motorcycle riders (motorcyclists) killed in motor vehicle crashes during the ten year period 1990-1999 and the research notes compared the trends and rates in the report with the 2000 and 2001 data.  This research note focuses in detail on the problem of alcohol involvement in fatal motorcycle crashes based on who are involved,  where and when the crashes occur and other crash characteristics.

To identify effective prevention and intervention approaches, focus groups across the United States. The findings indicate that (1) riders often discourage their peers from riding after drinking, but a culturally reinforced respect for rider freedom and individual responsibility set boundaries for peer actions; (2) rider concern for the safety and security of the motorcycle nearly always overshadows concern for individual safety and contributes to drinking and riding; and (3) motorcycle impoundment and court-ordered payment of costs for vehicle storage, alcohol treatment programs, and other costs are considered persuasive countermeasures. 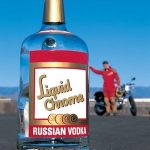 What happens when friends let friends ride drunk.  Magazine staff were plied with liquor and then put on motorcycles. From the April 1999 issue of Motorcycle Cruiser Magazine, Posted 2009.